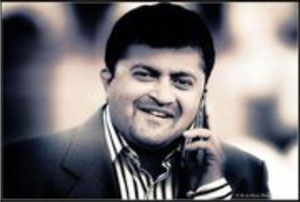 Within a short span of 68 years of independence, India has witnessed tremendous growth and development in service sector. India commenced its voyage as a backward country but at present India, once called the “Golden Bird”, is on zenith in growth and development among the developing countries of the world. Now India is getting noticed in the world map. Indian industrialists and businessmen have shown unforeseen potential over the past few decades through conquering endeavors. US President acknowledged the talent in Indian youth and bestowed our instance to wake up the American youth.

Science & technology have gained unquestionable supremacy globally. The mixture of modernization and native culture has given a distinctive identity to India. In present, tablet PC has occupied the place of typewriter; mobile has taken the place of conventional dial phones. UHD & 3D TV has become a new tool of education and amusement. Indian brands are getting acknowledged worldwide.

With increased exposure, awareness level and expansion of market, challenges of marketer have also increased greater than before. Indigenous marketing tools are at the urge of extinction. Events, exhibitions and experiential marketing have become a buzz. Specialization has become a phenomenon in market. Innovation has become part & parcel of the organization. All these must feature have increased challenges and difficulties.

We sensed the revolution almost 15 years back which led to the origin of Markcom. The mission on that day was to bring professionalism and transparency in the industry; urge was to educate the clients about the new jargons of marketing and to deal with the tribulations through qualitative, responsible and effective solution.

Markcom has achieved its predetermined objectives due to its policies and programs. Creativity & execution are significant at Markcom while executing any event. Creativity in ideas, approach & execution comes naturally to Markcom. Execution stands for 'Client Delight Formula', which is realized through special attention given to 'Zero Error Program' by team Markcom.

The need of the hour of Markcom is to bring safety & technology in the event industry and to produce green events. Being the responsible citizens of the country, the core team of Markcom is in constant process in identifying alternative sources of environment hazardous substances used in various events.

Let's walk together on the path of bringing safety & technology in the event, exhibition & experiential marketing and start producing green events.